The city between the land and the lagoon

You are here:
Publications 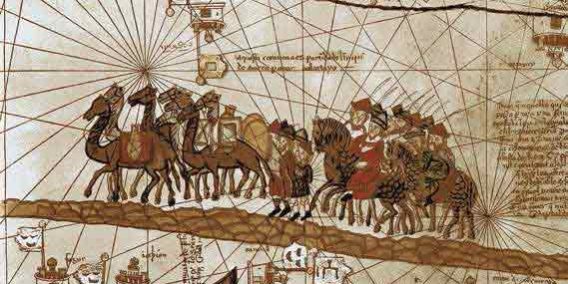 In Italo Calvino’s short story “The Invisible Cities” Marco Polo tells the Emperor of China Kublai Khan about the cities he claims to have visited on his travels and he invents fantastic tales associated with them. Kublai is fascinated by Marco’s curious descriptions of the wonderful architecture, the people, how they live and what happens in these cities every day. Marco enchants his interlocutor and, as goes time on, his foreign speech becomes increasingly comprehensible, and he even manages to share the same language, which is a clear sign of a deeper understanding between them. But despite his descriptions of many different cities Polo is in fact always talking about Venice. He is so enraptured by the memory of his own familiar city that his stories are the projection of this and his invisible cities relate his experience of the well-known places and architecture of his home-town.

The new Campus of Mestre, just over the water from Venice, with its scientific laboratories, seems to be one of the cities Marco Polo saw on his fantastic journeys: it is a genuine university city consisting of building with bold shapes that are reminiscent of the gondolas that for years have been the dominant means of transport and communication on the lagoon. The futuristic buildings identified as Alpha, Beta, Gamma and Epsilon interact with the citizens who use a Campus where many activities and functions are shared with the city of Mestre and with a history dating back to the time of Altino, another “invisible” city that has now disappeared.

Between the land and the lagoon there thus now stands a new outpost of the Ca’ Foscari University of Venice, an area of scientific excellence that offers its welcoming hospitality to students and researchers affiliated with an Italian university with one of the longest histories and richest and traditions.

Thanks to the historical consultancy of Roberto Stevato we have studied the foundations of the lagoon cities, discovering their ancient origins, the names of their ancient gods and the ways in which territorial struggles defined the borders of Mestre and Venice until today when they are places dedicated to science and knowledge. The architectural criteria that have led to the development of radical new designs, shapes and geometries are inspired by this history and the local landmarks with all their symbolic significance.

Labozeta has carefully overseen the development of the planning and design of the laboratories in the Scientific Campus of Mestre, maintaining this conceptual approach to architectural style and the functional use of space.