Rita Levi Montalcini. A laboratory named after the Nobel Prize winner in the heart of Rome 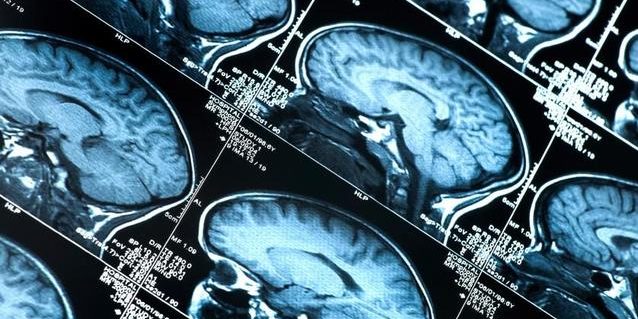 ROME  – Today Eugenio Gaudio, the Rector of the Sapienza University in Rome, the largest university in Europe, which dates back over 700 years and has 115 thousand matriculated students, officially handed over the keys of the former Regina Elena complex to the European Brain Research Institute (EBRI). At this historic and prestigious location one of the most advanced research centers in the field of neuroscience will be established, named after the Nobel Prize winner Rita Levi-Montalcini.

“This – says professor Giuseppe Nisticò, the general manager of the EBRI – is intended to document the direct involvement of the Rector in this ambitious project for creating the citadel for Alzheimer’s disease at Sapienza thanks to the new EBRI headquarters. The EBRI is well-known as an infrastructure of excellence which employs about 60 researchers. It is officially recognized by the ANVUR, the National Agency of the Italian Ministry of Education, an organization that is responsible for evaluating the quality of scientific research in Italy and that is very highly considered, as shown by the funding it has received from the European Commission and from various prestigious international institutes and businesses.”

“Early in January – Nisticò continues – the renovation and functional upgrading of the premises will begin, on three floors of building C of the former Regina Elena hospital complex, that cover an area of about 1,200 square meters. These rooms will be provided with advanced equipment for research in the field of molecular biology and neurophysiology. In addition a technological laboratory will be activated, equipped with a structured illumination microscope purchased with the Filas funds of the Lazio Region, to be used in collaboration with Professor Giancarlo Ruocco, the director of the Rome office of the Italian Institute of Technology (IIT). Thanks to this extra high resolution microscope, as pointed out by Professor Enrico Cherubini, the Scientific Director of the EBRI, it will be possible to explore the molecular mechanisms underlying many diseases of the CNS that are still incurable, thereby contributing towards opening new horizons for their treatment.”

This is a goal that aims to open new therapeutic horizons for the treatment of Alzheimer’s, a disease that affects one person on the planet every 10 minutes, with 800 thousand people suffering from this disease in Italy alone. Nisticò affirms that “With the transfer of the EBRI to the Sapienza University, as was declared last year at the workshop for the tenth anniversary of the EBRI, a series of synergies will be developed with various research institutes and clinical departments of the Sapienza that will result in the establishment of an international center for Alzheimer’s disease and other degenerative diseases. With the signing of this agreement to assign a free loan for the use of the premises of the Sapienza – Nisticò concludes – we have reached another important stage in the realization of Rita Levi-Montalcini’s last ambition, which was that of setting up an Institute, named after the Nobel Prize winner herself, and which would welcome students, graduate students and researchers from Italy and abroad, and which would bring prestige to our country.”

The ambitious objective of a laboratory of excellence like this – says Giancarlo De Matthaeis, the president of Labozeta, the company that is due to realize these laboratories – is to create a harmonious space and an epicenter of creativity and performance that will be in tune with the backgrounds and identities of the researchers, as well as their cultural and social values, in an environment that will welcome the whole person as an individual.” Certainly the new laboratories, which are scheduled to be fitted out at the end of March, will give further impetus and continuity to the EBRI’s research, that is so greatly appreciated all over the world.